The Talent Behind The Music 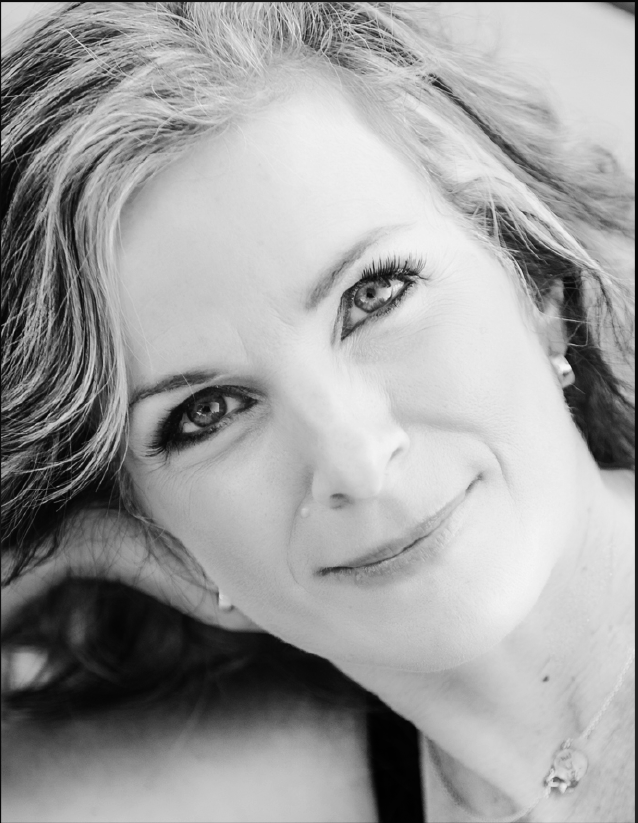 Paula DeWit is a well known musician and conductor with a great interest in the artistic direction of both choirs and orchestras. She has excelled with the support and encouragement of her friends, family and fellow musicians. After studying music at Queens University and the Canadian Forces School of Music, Paula played trumpet for the Canadian Forces for 11 years. During her tenure she was featured regularly as a vocal soloist. She performed extensively throughout Canada, the USA, Belgium, France and Germany.

A lifelong musician, Paula DeWit presently lends her talents toward conducting the Chilliwack Symphony Orchestra & Chorus, The Starlets, Belle Voci a cappella ensemble, The Chilliwack Children’s and Youth Choir and the White Rock Community Orchestra. She also arranges music and plays the trumpet.

Throughout her musical career, Paula has been committed to the pursuit of fine detail in the making of great music, and is dedicated to inspire each of her singers and instrumentalists to a high standard of excellence.

In addition to being a Rotarian, she is the founder of Belle Voci a cappella ensemble. After obtaining her conducting credentials at Capilano University, Paula has continued her conducting studies at international workshops in Canada and the United States.

Paula was recently nominated for the prestigious Canadian Heinz Unger conductor award.  Ms DeWit is the recipient of a honorary Paul Harris Fellow.

Jim Banman was born and raised in Vanderhoof, BC. He started playing piano at the age of 8 and began giving piano lessons at the age of 16. At 17 he spent a summer at the Banff School of Fine Arts for gifted youth.

After high school he attended Trinity Western University majoring in piano and voice and touring throughout BC with singing groups to perform in churches of various denominations.

After receiving a teacher’s certificate and teaching briefly, he returned to school to study Piano Technology for two years at George Brown College in Toronto.

Jim sang with A Cappella Plus and the Island Consort Chamber Choir in Nanaimo for several years before moving to Chilliwack in 2010.

Presently, Jim is a teacher at Cascade Christian School. He also keeps busy with volunteer work at church and as the conductor of the Chilliwack Songs of Praise, as well as a board member and a sound/media technician. He sings bass in Belle Voci. 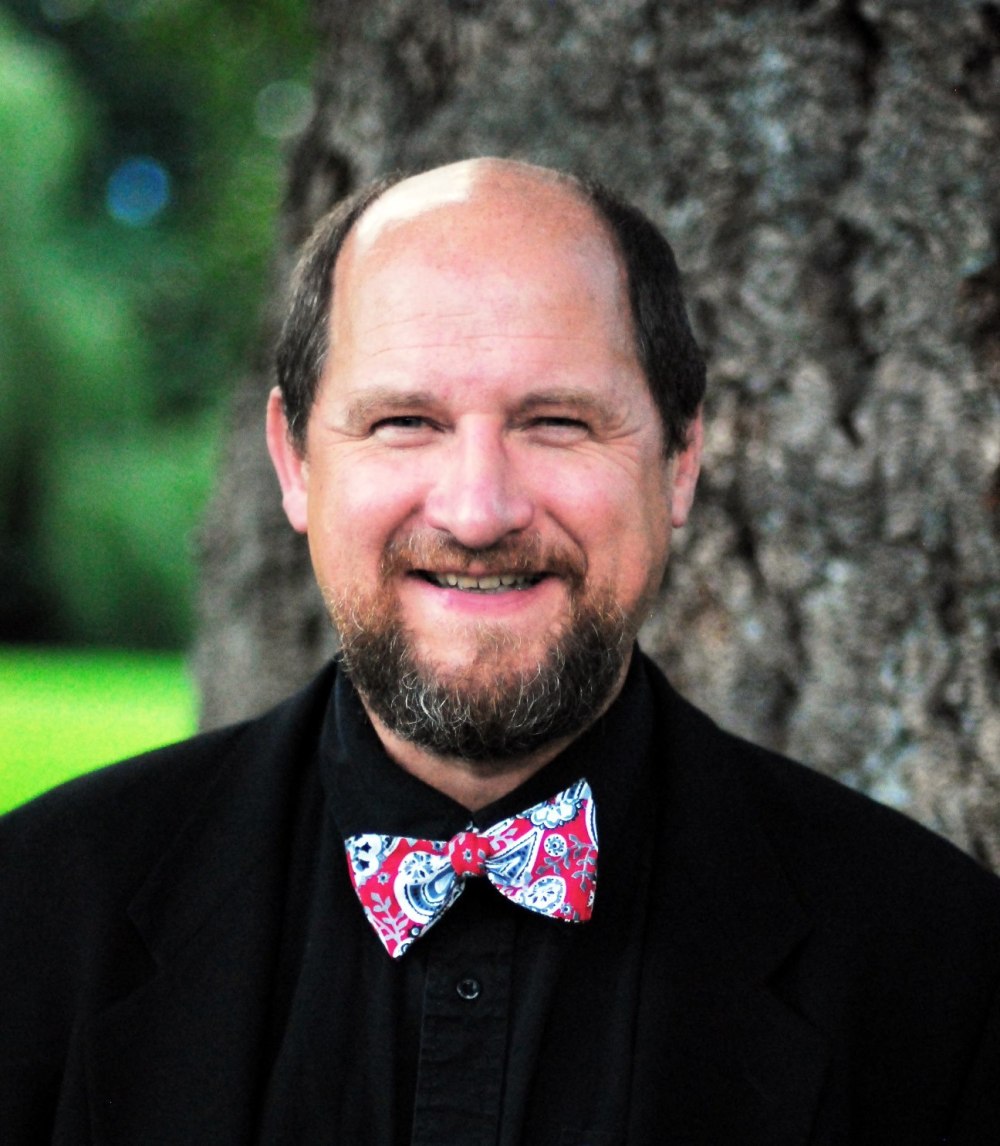 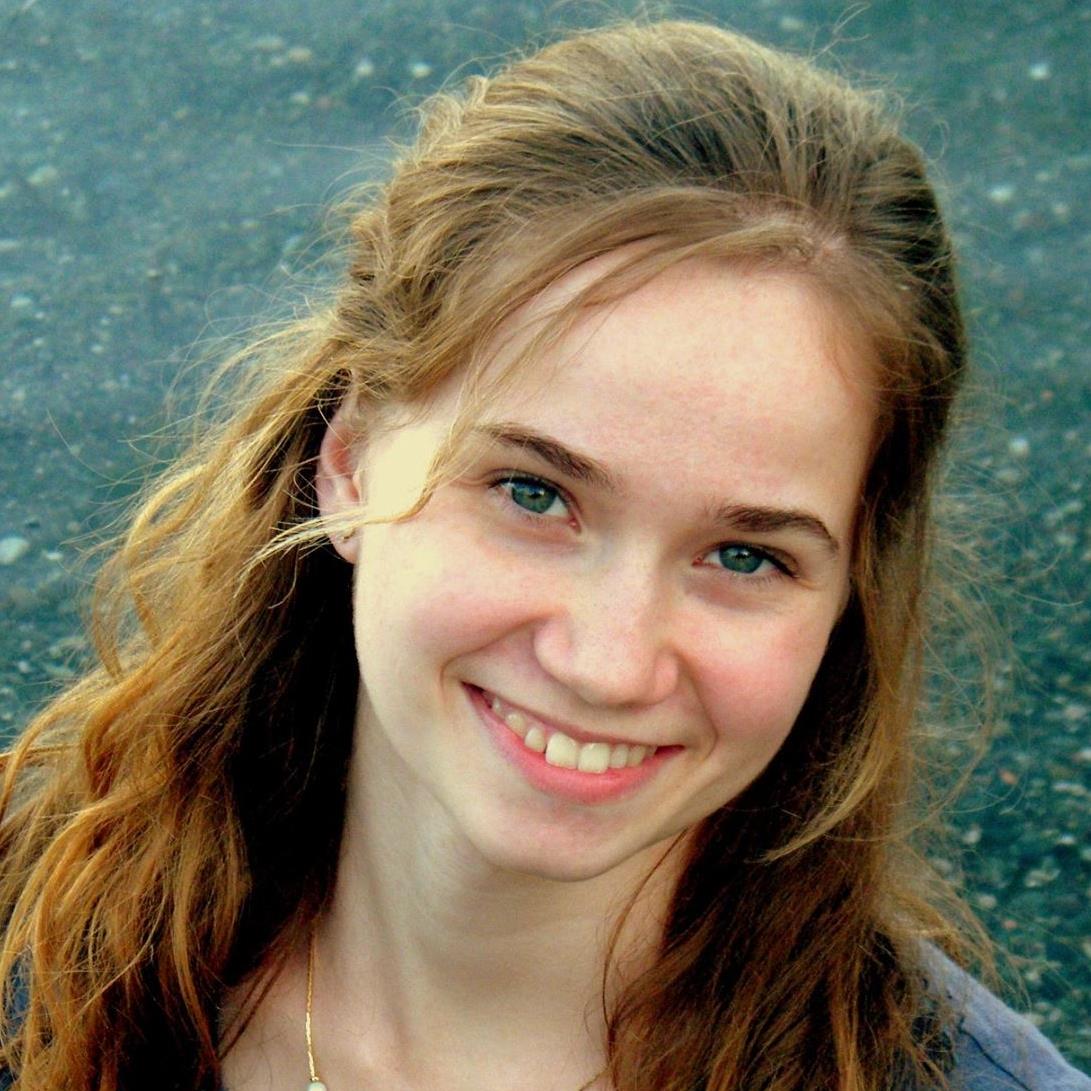 Coming from a large musical family, Theresa began singing at a young age. She has been a member of Holy Family Parish choir, directed by her father, Mark Donnelly, in Vancouver for the past 15 years. When she was fourteen, she started singing with a few of the more experienced choir members in a group call Cantores Joannis Baptistae through which she developed her sight singing skills.

Apart from her parish choir, Theresa also sings for weddings and other events with her family. In 2009 she recorded a Christmas CD, “Carol of the Bells” with her father and older brother and sister. While attending Thomas Aquinas College, Theresa sang in one of the college’s student run choirs, Chrysotomos, and directed the same choir during her senior year in 2016.

Although she enjoys many different styles of choral music, her favourite is the early Renaissance music of Josquin des Prez and John Dunstable. When she is not singing, Theresa can be found working as an artisan cheesemaker at Golden Ears Cheesecrafters in Maple Ridge or baking sourdough bread at home. Theresa is excited to be singing with Belle Voci for the first time. 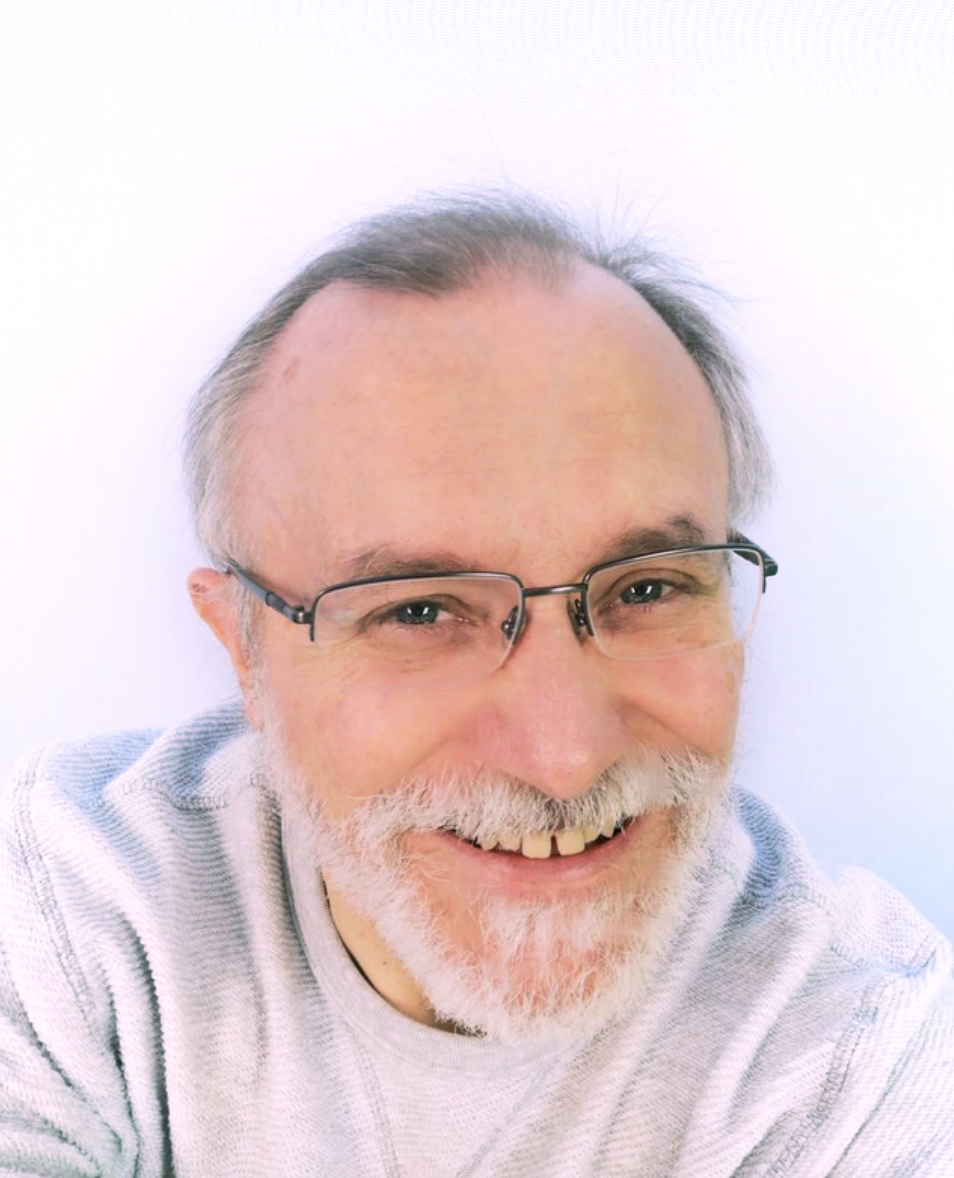 Cameron is delighted to collaborate with all the other passionate musicians of Belle Voci, and looking forward to another great season of wonderful music.

A resident of the Lower Mainland for 30 years, Cameron got his education at Oberlin Conservatory in Ohio, where he focused on bassoon, recorder and Early Music performance practice. During his time there, he studied choral music and conducting with Daniel Moe, Weston Noble and Karle Erickson, among others.

In 1981, he was part of the inaugural group of musicians at the Lutheran Music Program, a summer month-long camp that travels around the Midwestern United States, at a different college or university campus each year. He started as a student and joined the faculty from 1984-1987.

He also gets together regularly with some other Early Music professionals to play shawms, sackbuts, dulzian, recorders and other Renaissance and Baroque instruments. He has been a church music director/organist/choir director in a number of churches over the last 30 years. Cameron is also an accomplished composer, having had choral and instrumental works premiered in Canada, the United States, Mexico and Guatemala.

Sylwia Karwowska comes from Poland. She obtained her Master of Arts degree in choral conducting from Academy of Music in Wrocław. She also holds Associate of Royal Conservatory of Music diploma in voice performance. Her diverse repertoire includes opera, oratorio-cantata and choral music.

Currently she performs with Opera Pro Cantanti in Vancouver, including the title role in “Norma” by Vincenzo Bellini and Abigaille in G.Verdi’s Nabucco.  She is also active pianist and cellist performing string chamber music.

In addition to performing she teaches voice, piano, cello and ear-training at Tri-City School of Music and Bergthorson Academy of Musical Arts. 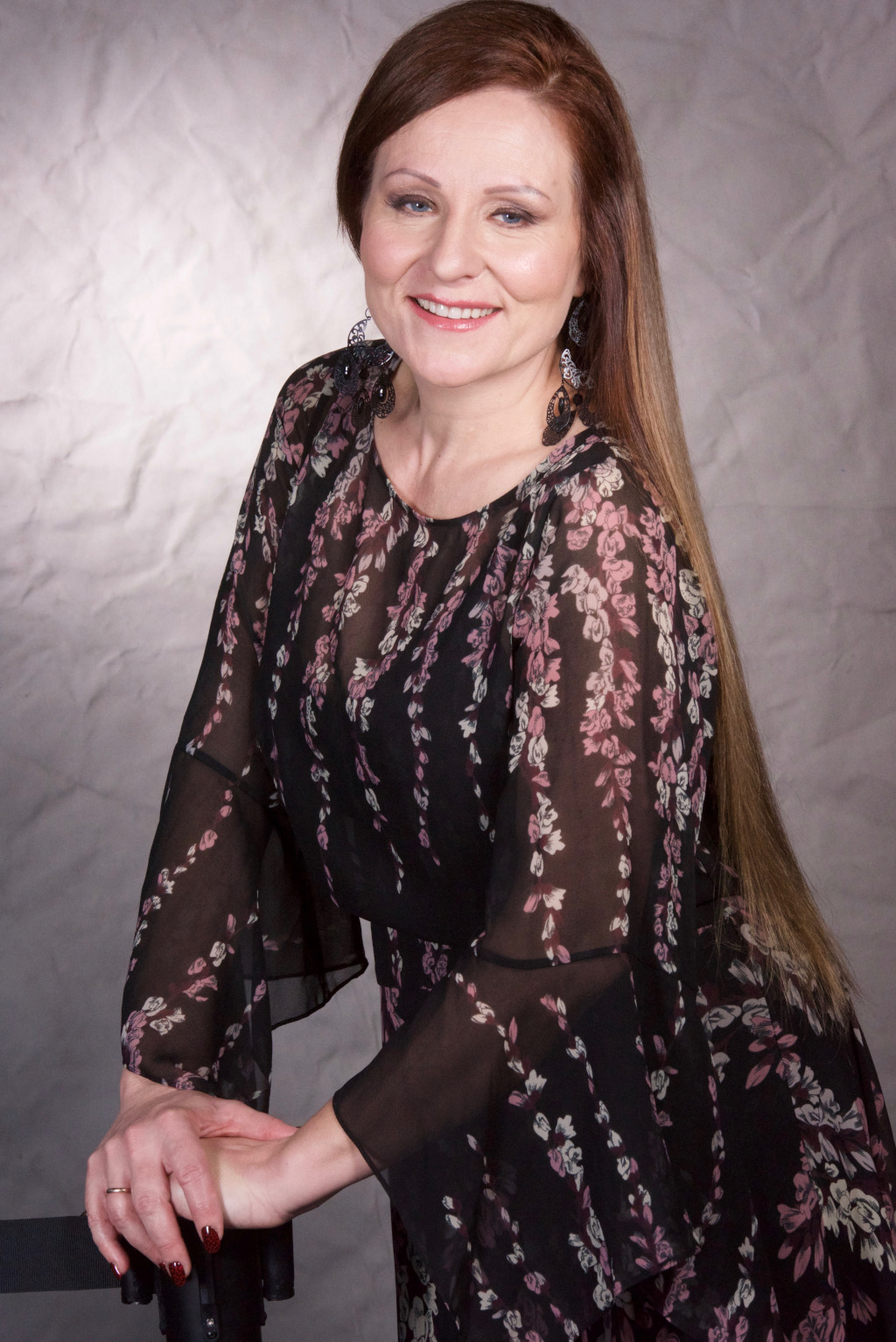 Bass- baritone Jonathan Leung started learning piano and music theory at a young age like many, but his love of music didn’t really get ignited until he was asked to join the Felsted Senior School Choir in Essex, England. This English public school choir was directed by Michael Kibblewhite, one of UK’s best known choral directors. Jonathan went on tour with them to the Channel Islands and the Isle of Wight singing various works, including the African Sanctus by David Fanshawe.

After moving to Vancouver, he yearned for the same kind of choral music experience but family life and engineering work in general got the better of him. This is until he found out about Gregorian chants in Latin Mass, and subsequently directed the church choir and schola locally.

Since 2009, Jonathan has been singing with the Handel Society of Music in South Surrey, under Johan Louwersheimer. During the years he expanded his repertoire to include pieces such as St. John’s Passion, Mass in B minor by J.S. Bach, Requiems by Mozart, Duruflé and Haydn, and Masses by Haydn, Schubert, Dvořák and Puccini. 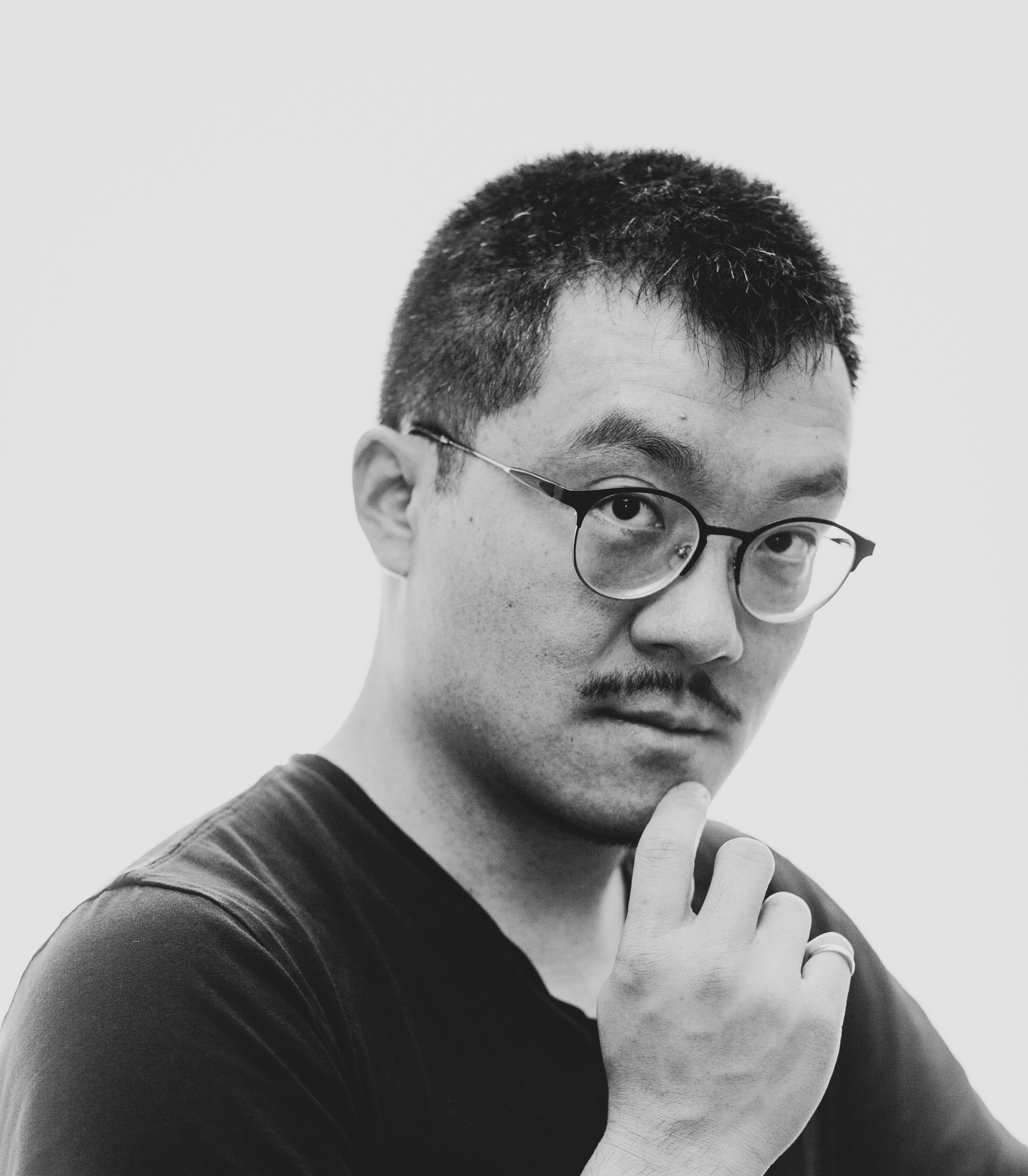 An enthusiastic singer since childhood, Sonja started with voice lessons and choir in elementary school. She went on to sing with her high school choir, and also joined the choir at a private girls’ school in Tokyo, Japan, where she studied on exchange. Sonja continued to pursue voice, piano and theory lessons with music teachers all over the Lower Mainland. She graduated from UBC in 2010 with a BA (Hons.) in German and English Language.

Since moving to the Fraser Valley, Sonja has sung with Evensong Chamber Singers for several seasons. While enrolled at the Chilliwack Academy of Music, she was awarded scholarships for Senior Voice Performance in 2015 and 2016. She has also participated in local music festivals, including the Chilliwack Lions Club Music and Dance Festival, where she won awards for Senior Vocal Champion in 2015 and Open Masters Vocal Champion in 2016 and 2017. Recently, Sonja received the Dr. Jeanette Gallant Award for a Promising Senior Classical Voice Student at the 2018 Kiwanis Fraser Valley International Music Festival.

Sonja is a soprano and has a strong interest in early, renaissance and baroque music performance. 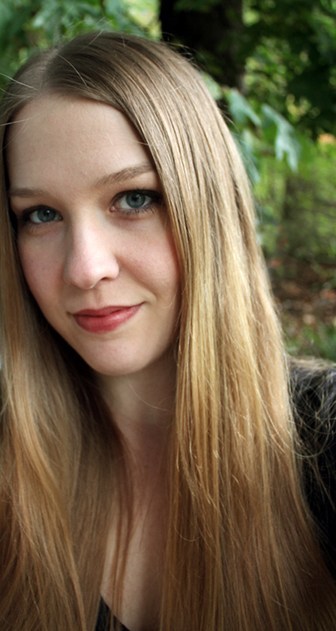 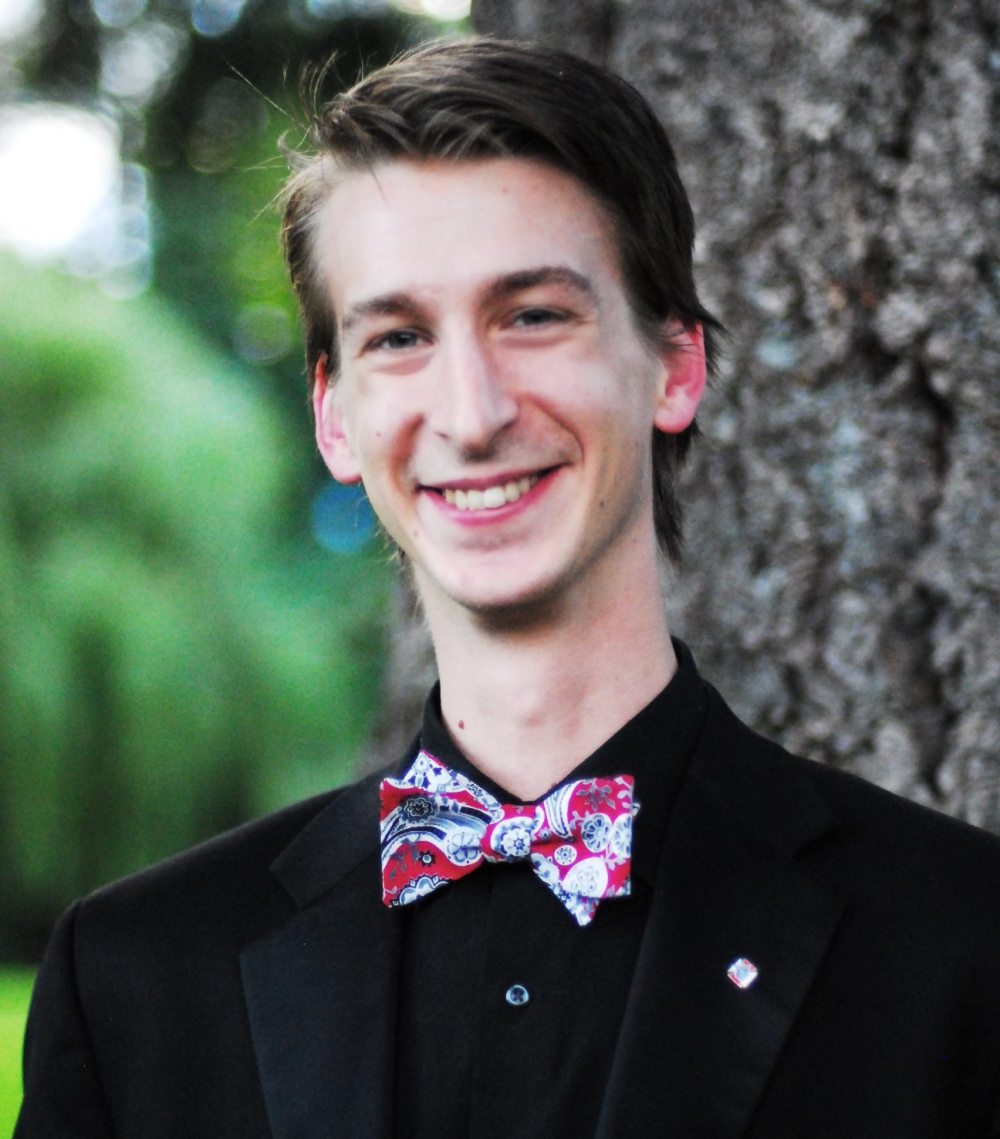 Bevin van Liempt was born into a musical family and has developed his own niche in the music industry. Bevin is the rehearsal pianist for the Chilliwack Symphony Chorus. He is one of the assistant music directors and the rehearsal pianist for the Chilliwack Children’s and Youth Choirs. Additionally, Bevin is on staff at the Bakerview Music Academy and assists with the choir direction there. He plays the organ at St Joachim and Anne Parish as well as leads or sings in their schola. Bevin has a deep love for the pre Vatican II catholic liturgy and is an advocate for preserving the heritage of sung liturgy in Latin mass. He was very instrumental in initiating the 2018 BC Sacred Music Symposium and sits on the committee for the BC Sacred Music Symposium.

Bevin has sung in various groups such as Valley Festival Singers, Chilliwack Symphony Chorus, Chilliwack Opera Troupe, but has a special place for Belle Voci.

Bevin is the president of the Chilliwack Symphony Orchestra & Chorus. When not sharing his musical prowess, Bevin is studying at University to achieve his goals of becoming a crown council.

Find Our When We Perform Next and How To Get Tickets 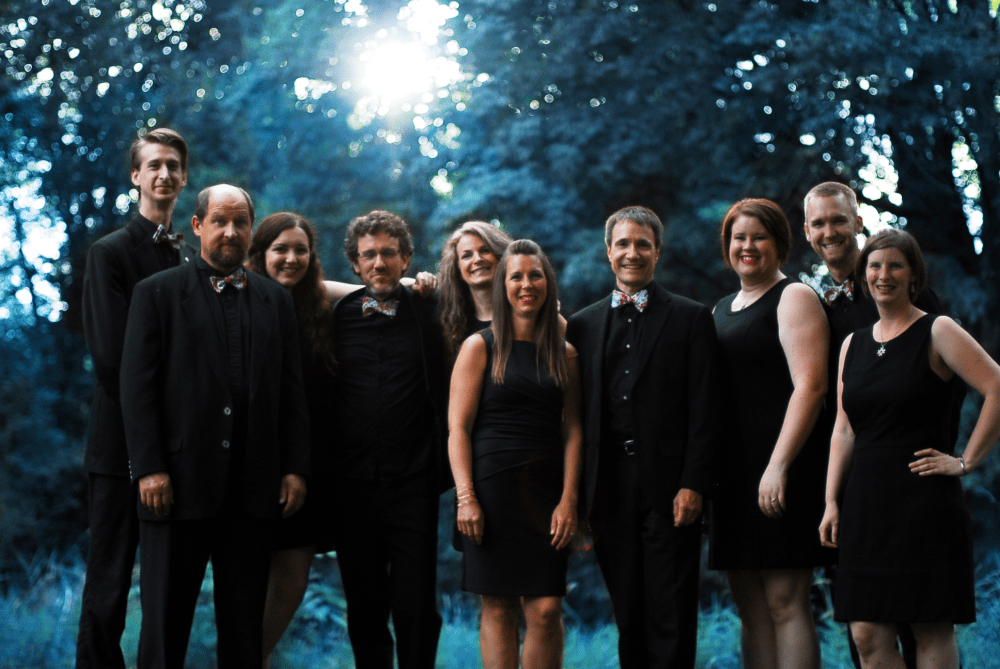 Are you interested in singing with us? Admission to the Belle Voci a cappella ensemble is by audition/invitation, and we’re always interested in meeting new singers. who we’re looking for Prospective choristers are invited to contact the Artistic Director at any time during the year for an audition. In addition to filling permanent vacancies, we sometimes need substitutes for singers who are unable to perform certain concerts, or want to augment our roster for certain repertoire.

• have an innate sense of musicality
• have a solid understanding of music theory fundamentals;
• be good sight readers;
• have a voice that blends easily in a small ensemble; and
• be committed to the choir’s rehearsal and concert schedule.
the audition Auditions are conducted by the Artistic Director and an accompanist. the 15 – 20 minute audition consists of:
• Performance of a solo piece.
• Unaccompanied sight singing.
• An interview.

Starting in September, Belle Voci rehearses every Sunday from 6-9:00 p.m. at Sts Joachim and Anne in Aldergrove BC. The choir is also expected at all dress rehearsals, preparation sessions with the symphony (if applicable), and occasionally, extra choral practices. contact information If you would like to audition or need more information about the Belle Voci a cappella ensemble, please contact the Artistic Director, Paula DeWit at [email protected]